POSITION ON UNITY of THOUGHT

As a science based institution, Hawai’i On Line University is committed to unity and ethics-honoring cooperation with all people and institutions of all faiths.

As a result of such conviction, we do not profess any religion. We have found out that religion tends to divide, whereas simple adherence to ethical principles, unites. 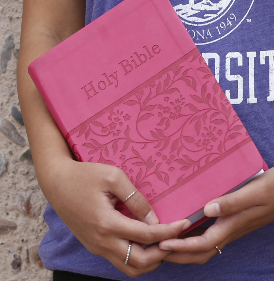 Therefore, our utmost dedicated effort is simply to use Conservative Values* as a guideline for mankind in order to “avoid foolish controversies, genealogies, dissensions, and quarrels about the law, for they are unprofitable and worthless.” Titus 3:9-11

Minor differences in beliefs which prevails among our different Judeo-Christian faiths should not separate nor cause a major rift. For example, beliefs in a Godly Trinity, accepted by some and not by others, does not deter us from loving each and every one of our brothers, regardless of their philosophical or theological understanding of this matter.

As a research and educational organization the founders of this institution do not believe in a Tri-Une God (Trinity of God), neither do we believe and or accept the belief in a Fiery Hell. Both of these doctrines are not Biblical and were incorporated in the second century that were the fruit of political and philosophical convictions. Thus, we do not accept either of these beliefs.

We accept persons of all faiths.

Similarly, when it comes to the long held belief whether God will punish disobedient humans for ever on an fiery hell, or that instead of such cruel fate, disobedient humans will simply face death eternal (Ezekiel 18:20), does not deter us from the Love of Christ, and the love we have for one another. ““By this all men will know that you are My disciples, if you have love for one another.” John 13:35 and Romans 8:38-39

Thus, the university affirms the spiritual unity among all humans, and the need to intentionally cultivate unity based on the essentials of ethical principles-based fellowship and cooperation in basic works of compassion and Judeo-Christian ethics-based service.

While Hawai’i On Line Universityis not based on any particular faith, belief or church, it exists strictly to serve others, regardless of their faith, and is guided by a commitment to do so in ways that cultivate and deepen ethical values and virtue of unity based strictly on our Conservative Values*.

Our only mission is to teach scientific TRUTH.