“From Meaningful Information to Man” ©®

This course is based on the revolutionary work by Claude Shannon, the “Father of Information Age“, DNA transmission, RNA replication and Genetics Information coding, stop-start CODONS*, other related factors in human Information based DNA, and the work of Stephen C. Meyer, “Signature in the Cell” (“The Evolutionary Informatics Lab,” ND) and (Meyer, 2009). 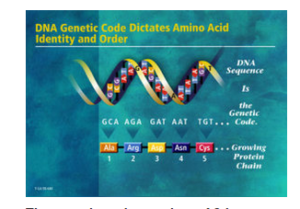 Information does not evolve.

Knowledge and Information, is either derived (by someone, an already existing individual or a team of individuals) or it is intelligently created new starting with a conceptual design stage (Parra-Burgos, Fernandez-Pacheco, Canvas-Martinez, Nieto-Martinez, & Cañavate, 2018)

By definition, Information is “the communication or reception of knowledge or intelligence” (Merriam Webster, Dictionary, 2018).

Another definition of Information is given as:

Intelligent information turns into “noise” when not properly transmitted and or designed.

Shannon’s Formula for the capacity of a White Gaussian Noise Channel is represented as follows:

Thus, when speaking of the Channel Capacity & The Noisy Channel Coding Theorem, MIT in its paper on Information Theory, described that,

“The bad news is that it is mathematically impossible to get error free communication above the limit. No matter how sophisticated an error correction scheme you use, no matter how much you can compress the data, you can not make the channel go faster than the limit without losing some information.”

MIT paper continues, “The good news is that below the Shannon Limit, it is possible to transmit information with zero error.”

“The complete DNA instruction book, or genome, for a human contains about 3 billion bases and about 20,000 genes on 23 pairs of chromosomes” (National Human Genome Institute, 2015). [Bold ours]

Thus, the information hard coded into the 3 billion bits of data (nucleotides bases) in each human DNA is sufficiently compressed so as to perfectly reproduce itself over and over again with no external direction, other than that which has already been previously programmed.

“No matter how sophisticated an error correction scheme you use, no matter how much you can compress the data, you can not make the channel go faster than the limit without losing some information.”

Freudenrich, Ph.D, in a scholarly article said, “DNA carries the information for making all of the cell’s proteins. These pro­teins implement all of the functions of a living organism and determine the organism’­s characteristics. When the cell reproduces, it has to pass all of this information on to the daughter cells.” (bold ours).

Please note that “A subunit of the DNA polymerase proofreads the new DNA” making sure that each replication is exact and error free. This implies a priory given instruction, information and intelligence.

Freudenrich states, “Different types of cells replicate their DNA at different rates. Some cells constantly divide, like those in your hair and fingernails and bone marrow cells. Other cells go through several rounds of cell division and stop (including specialized cells, like those in your brain, muscle and heart). Finally, some cells stop dividing, but can be induced to divide to repair injury (such as skin cells and liver cells). In cells that do not constantly divide, the cues for DNA replication/cell division come in the form of chemicals. “, all of this is previously programmed and perfectly designed to operate as needed in each situation.

Freudenrich concludes, “DNA carr­ies all of the information for your physical characteristics, which are essentially determined by proteins. In DNA, each protein is encoded by a gene (a specific sequence of DNA nucleotides that specify how a single protein is to be made). “ 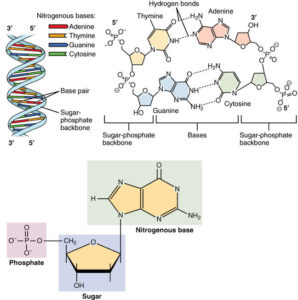 Another publication stated how DNA’s information pre-programmed process is made so that ” The replication process is semi-conservative, which means that when DNA creates a copy, half of the old strand is retained in the new strand to reduce the number of copy errors. DNA contains the code for building an organism and making sure that the organism functions properly. For this reason, DNA is often called the blueprint of life. Its function is comparable to a builder using a blueprint to make a house.”

This is actual information previously coded and designed ahead of time.

HOW FAST DO HUMAN CELL REPLICATE?

Thus, Information, which intelligently placed, has been previously coded in the human cell DNA, gets processed so that “Replication simultaneously proceeds from many different points on the chromosome, and enzymes join the sections together to form the final intact copy.”

The ultimate result is that “all 46 human chromosomes replicate at the same time.” (Bank, 2017).

“The good news is that below the Shannon Limit, it is possible to transmit information with zero error”, and this is exactly what we see in the perfect reproduction of DNA, and RNA in each of human’s body cells, millions of times per minute (about 2.5 million times per minute). All of this with little or no defect, except for those produced by occasionally damaging mutations.

This is why the human race exists. Despite mutations occurring on an everyday basis.

“Shannon mathematically proved that there were ways of encoding information that would allow one to get up to the limit without any errors: regardless of the amount of noise or static, or how faint the signal was.” (A FTAB, CHEUNG, KIM, THAKKAR, YEDDANAPUDI, ND)

“”Computer and cellular variables are used with control structures such as “GoTo,” subroutine calls, “wait,” and to initiate and terminate iteration loops. They have well-defined data types and allowed operations. Values can be structured in arrays and linked lists. “.

“RNA only encodes 20 different amino acids, plus a “stop” signal, and a “start here with one specific amino acid, methionine” signal. Methionine is one of the 20 amino acids.”

There is no doubt that the human body and all organisms, whose nature and basic composition is the DNA strand, are constructed with an information based system which computers, intelligently designed by today’s engineers, are desperately trying to imitate. This pertains to any system of today or tomorrow, as Shannon’s Theory if Information showed.

The consequences and denial are far reaching

To deny that the DNA was not programmed and designed by an Intelligent agent, is to imply that any and all computers, hard coded software and hardware is the product of unintelligent imagination. This is an insult to those who devote millions of hours to preparation and design of such systems and final product.

Furthermore, the trading system among tech companies in the NASDAQ and the Dow Jones, would not exist if it was not for those arduously designed computer Information systems originally made and designed by intelligent engineers throughout the world. Yet, the NASDAQ and Dow Jones electronic systems of trading is infinitely less complex than human DNA.

An information process of this nature, complexity and accuracy could not have “evolved” regardless of the billions of years of trial and error in “evolution”.

Robert Gentry, a world renown physicist stated ” evolution is neither confirmed theory nor fact. If life actually originated by chance, as evolution requires, evolutionary biologists should be able to reproduce that process in laboratory experiments.” (Gentry, 2004).

Thus, we see absolute evidence here that the human race is the product of  Intelligent “Information to Man”.

“From Information to Man” ©® 2018, Is a Registered Trade Mark that belongs to Hawaii On Line University 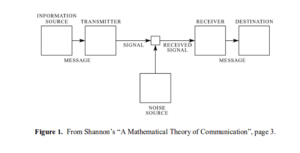 This figure represents “A Mathematical Theory of Communication: the architecture and design of communication” and Information systems.https://web.mit.edu/6.933/www/Fall2001/Shannon2.pdf

1 : the communication or reception of knowledge or intelligence

Bank, E. (2017). How Much Time Does it take for a DNA Molecule to Replicate? Sciencing. Retrieved from https://sciencing.com/much-time-dna-molecule-replicate-21660.html

Reference. (2018). Why does DNA Need to Replicate? Reference. Retrieved from https://www.reference.com/science/dna-need-replicate-34d9bea407cd391e 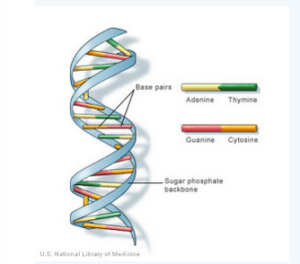 DNA has a spiral staircase-like structure. The steps are formed by the nitrogen bases of the nucleotides where adenine pairs with thymine and cytosine with guanine.
Photo courtesy U.S. National Library of Medicine

“Likewise, if life evolved by the transformation of one major group into another, where are the numerous transitional forms expected on the basis of evolution? Biologists could long ago have put to rest embarrassing questions about the general absence of transitional forms in the fossil record if they had produced examples of missing links under laboratory conditions. All attempts to create new forms in the laboratory, such as inducing mutations through nuclear irradiation, have produced only variations of existing types. Developing new features in fish, for example, until they begin to develop into amphibians should certainly be simpler than creating life itself and would be the presently observable evidence needed to make evolution a science instead of speculation. There would then be no dispute about its validity.”(Gentry, 2004).

And “Since no such demonstration has been accomplished, at best the NSF should consider evolution as a widely held but unproven theory. The NSF is thus morally obligated to treat it as open to challenge, in the spirit of the Affirmation of Freedom of Inquiry and Expression... Written by evolutionists themselves, it declares that “all discoveries and ideas . . . may be challenged without restriction.”