Caveats to the following Library Links

Some of the following material from On Line Libraries links noted here might be outdated or ideologically biased.

Some of the write ups, “research” and statements (published by On Line Libraries links noted here or during their lectures) in these classes are biased towards their secularly skewed religious beliefs (such as evolutionary biology, chemistry, physics, astronomy and or other of the sciences). *

Please, remember that the “evolution of man” is a religious belief taught, although unproven, by modern day atheistic educators. 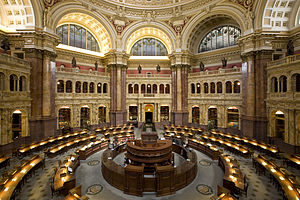 It is worth noting that whenever you may read “evolutionary” based libraries whether FREE or from the majority of secular universities, we need to keep those “findings” “research” and readings with a “grain of salt”. This is especially true when “evolutionary” ideas creep up un-noticed at any moment.

Please, remember that the world we live in is skewed toward their “evolutionary” but erroneous beliefs. Our research shows their grand error and thus our Creation Based Scientific convictions remain in the face of false teachings and erroneous science.

“Evolution is, indeed, the pseudoscientific basis of religious atheism” (Wells, 2002).
Regarding an evolution physics professor, Morris, states: “A fascinatingly honest admission by a physicist indicates the passionate commitment of establishment scientists to naturalism. Speaking of the trust students naturally place in their highly educated college professors, he says:”

The physics professor continues, (according to Morris), saying:

Another evolutionist said, “Of course, the other thing about evolution is that anything can be said because very little can be disproved. Experimental evidence is minimal”.

Thus, to clarify that evolution is nothing more than a hoax, Morris concludes with the following statment: “Even that statement is too generous. Actual experimental evidence demonstrating true evolution (that is, macroevolution) is not “minimal.” It is nonexistent!”(Emphasis ours).

Additionally, most if not all teachings and lectures on DNA and Biology on On Line Libraries links noted here are of “evolutionary” nature, giving credit to “nature” and to “millions of years” of “evolution.

These teachings are not truly scientific as new and old research continues to show.

As shown in this web page there is an large number of true scientists, geneticists, molecular biologists, chemists, astronomers, who believe that the cell and human genetics has its origin on an Intelligent Agent, and not on chance.

* The above mentioned scientist is not an all inclusive list.

Dr. Emery S. Dunfee, former professor of physics at the University of Maine at Farmington said:

“One wonders why, with all the evidence, the (Godless) theory of evolution still persists. One major reason is that many people have a sort of vested interest in this theory. Jobs would be lost, loss of face would result, text books would need to be eliminated or revised.”

We concur, that evidence of such fear is obvious as many scientists who finally retire admit to believing in Creation, but not making it known earlier due to fear of loosing their jobs.

That is why Evolutionist Richard Lewontin in The New York Review, January, 1997, page 31 said:

“We take the side of science in spite of the patent absurdity of some of its constructs, in spite of the failure to fulfill many of its extravagant promises of health and life, in spite of the tolerance of the scientific community for unsubstantiated just-so-stories, because we have a prior commitment, a commitment to materialism.”

“It is not that the methods and institutions of science somehow compel us to accept a material explanation of the phenomenal world, but, on the contrary, that we are forced by our a priori adherence to material causes to create an apparatus of investigation and a set of concepts that produce material explanations, no matter how mystifying to the uninitiated. Moreover, that materialism is an absolute, for we cannot allow a Divine Foot in the door.”
http://christiananswers.net/q-aiia/aiia-scientists.html

A molecular biologist for an article entitled “The Biologist,” that ran on February 17, 2000, said:

“The work I do in genetic research is honorable. We will find the cures to many of mankind’s worst diseases. But in the meantime, we have to live with the elephant in the living room.”

“G: Creation design. It’s like an elephant in the living room. It moves around, takes up space, loudly trumpets, bumps into us, knocks things over, eats a ton of hay, and smells like an elephant. And yet we have to swear it isn’t there!”

*For a proper view of this subject, please review “Exploring Creation with Physical Science pages 332-334 by Dr, Jay L. Wile.

*Also, see footnote on  DNA instability and repair mechanism by Chemistry Nobel: Lindahl, Modrich and Sancar win for DNA repair. DNA is no a very stable molecule as it was originally thought of.

(Example of erroneous “free” teaching at Khan Academy: Sal Khan with well meaning but “evolutionary based teachings”, erroneously says in one of Biology lessons, the DNA is a very stable molecule. This “evolutionary” based statement is contrary to what Paul Rincon, Science editor, BBC News website, 7 October 2015, said.)*

Another reputable professor stated: “There is a general belief that DNA is ‘rock solid’—extremely stable,” says Brandt Eichman, associate professor of biological sciences at Vanderbilt, who directed the project. “Actually DNA is highly reactive. On a good day about one million bases in the DNA in a human cell are damaged.” This is not “evolution” as much as “devolution” or genetic entropy.

We are always incorporating New Features to our Library

By Paul Rincon
Science editor, BBC News website, 7 October 2015
…
“In the 1970s, scientists had thought that DNA was a stable molecule, but Prof Lindahl demonstrated that it decays at a surprisingly fast rate.”

“This led him to discover a mechanism called base excision repair, which perpetually counteracts the degradation of DNA. Sir Martyn Poliakoff, vice president of the UK‘s Royal Society, said:”

“Understanding the ways in which DNA repairs itself is fundamental to our understanding of inherited genetic disorders and of diseases like cancer. The important work that Royal Society Fellow Tomas Lindahl has done has helped us gain greater insight into these essential processes.”

“Turkish-born biochemist Aziz Sancar, professor at the University of North Carolina, Chapel Hill, US, uncovered a different DNA mending process called nucleotide excision repair. This is the mechanism cells use to repair damage to DNA from UV light—but it can also undo genetic defects caused in other ways. People born with defects in this repair system are extremely sensitive to sunlight, and at risk of developing skin cancer.”

“The American Paul Modrich, professor of biochemistry at Duke University in North Carolina, demonstrated how cells correct flaws that occur as DNA is copied when cells divide. This mechanism, called mismatch repair, results in a 1,000-fold reduction in the error frequency when DNA is replicated.”